The Frederick is a redevelopment project located at 1215 E. Missouri Ave in North Central Phoenix. The mid-century building currently serves as an office building and is being transformed into a neighborhood retail center consisting of a restaurant, a cafe and 8 small businesses. It is scheduled to open in March of 2021. Click here to read more about the concept.

First developed in 1895, North Central Phoenix is one of the most historic and sought after neighborhoods in the valley. The post war housing boom created the classic mid-century ranch homes that define the neighborhood. The neighborhood's recent boom in restaurants and shops now draws families, baby boomers, young professionals and college students alike.

Thank you! Your submission has been received!
Something went wrong while submitting the form. Please try again!

A courtyard view of the Frederick.

The Frederick was built in 1963 by the firm Weaver & Drover. Frederick P. Weaver was a prominant Phoenix architect in the heyday of the mid-century era. 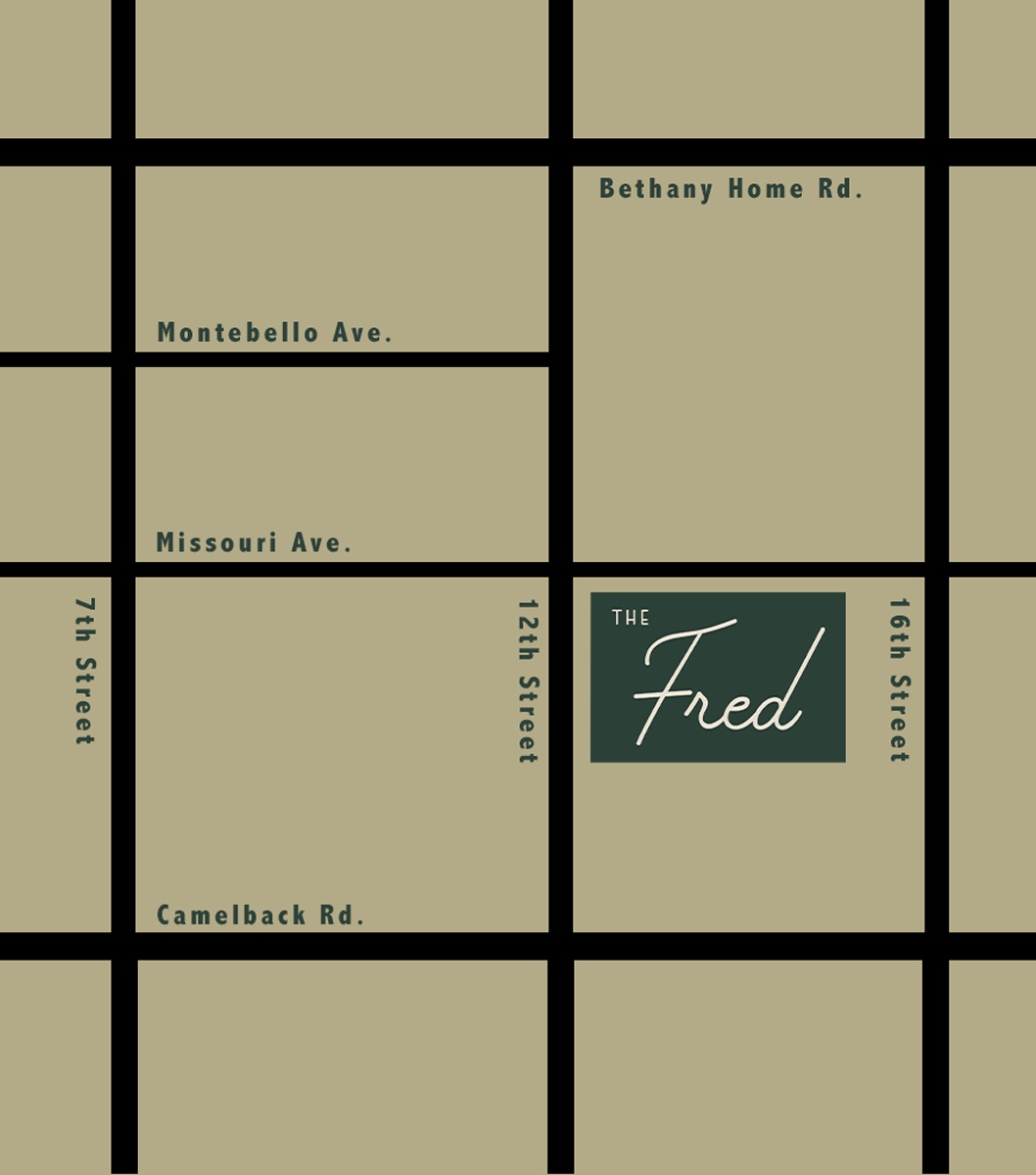 The Frederick is located at 1215 E Missouri Ave, nestled between Uptown Phoenix and the Biltmore Area.